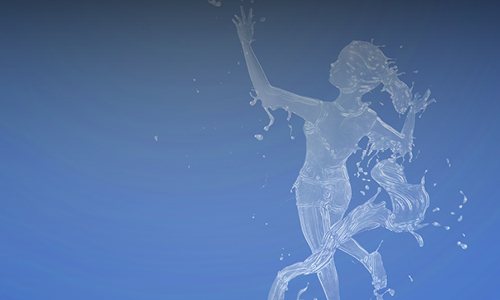 COVID-19 – Some services may be closed or offering alternatives to face-to-face support.
Please contact them directly for updates or visit the organisation’s webpage.

Alcohol Awareness Week takes place from 16-22 November and this year’s theme is ‘Alcohol and Mental Health’.  It’s fair to say that 2020 has been a challenging year for most of us

'How do we look after our mental health when many of our supportive relationships and structures are not the same?  In this special blog post, Dr Andrew Tye, Clinical Psychologist for Horizon drug and alcohol treatment services discusses the interaction between alcohol and mental health.'

While the effects of alcohol can sometimes have a short-term positive impact on our mood, in the long term it can cause problems for mental health.

Drinking alcohol is linked to a range of mental health issues from depression and memory loss, to self-harm and suicide. Alcohol can also contribute toward weight gain, tiredness and a decline in fitness which can all impact on mental health. Although we may feel relaxed after a drink, in the longer-term drinking can contribute to feelings of depression and anxiety and make stress harder to deal with.

Regardless of the mood we’re in, with increasing alcohol consumption, it is possible that emotions will take over. Alcohol can be linked to aggression and some people report becoming angry, aggressive, anxious or depressed when they drink.

For someone experiencing anxiety, a drink might help them feel more at ease, but these effects wear off fast. Relying on alcohol to mask anxiety can lead to a greater reliance on it to relax. You’re more likely to build up tolerance and over time and you’ll need to drink more to get the same feeling.  In the longer term, this pattern can lead to psychological and physical dependence.

Drinking alcohol can also make a person feel more anxious in certain situations. When we drink, we don’t always respond to all of the cues around us. If you were prone to anxiety and notice something that could be interpreted as threatening in the environment, there is a tendency to focus on that and miss the other less threatening, or neutral information.

To reduce stress or anxiety without alcohol, try exercise or relaxation methods, such as meditation or yoga. Or try breathing techniques when you feel worried or anxious. Talking to somebody you know about how you are feeling is also a positive thing to do.  Find out more here https://healthierblackpool.co.uk/getvocal/

Drinking and depression: a vicious cycle

Drinking heavily and regularly is associated with symptoms of depression. Studies show that depression can follow heavy drinking and that reducing or stopping drinking can improve mood.

Alcohol is linked to suicide, self-harm and psychosis.

Alcohol can cause people to lose their inhibitions and behave impulsively, and lead to actions that we otherwise might not have taken, including self-harm or even suicide. There is a strong association between drinking heavily and suicidal thoughts, suicide attempts and death from suicide.

Extreme levels of drinking (such as drinking more than 30 units per day for several weeks) can occasionally lead to psychosis, which is a severe mental illness where hallucinations or delusions occur. Psychoses can be caused by both acute intoxication and withdrawal and can be more common in cases when drinkers who are dependent on alcohol suddenly stop drinking.

The UK’s Chief Medical Officers advise that to keep health risks from alcohol at a low level, men and women should not regularly drink more than 14 units per week. This is equivalent to 6 pints of average strength beer or six medium (175ml) glasses of average strength wine. If you regularly drink as much as this, it is safest to spread your alcohol evenly over 3 or more days. The risk of developing a range of serious mental and physical health problems increases the more you drink on a regular basis. A good way to cut down the amount you drink is to have several drink-free days each week and avoid binge drinking.

If you want to reduce how much you drink, there is plenty of support available locally.  Visit https://healthierblackpool.co.uk/drinkless/ for more information.

Get tested if you have any of these symptoms, a sexual partner has symptoms or you’re worried after having sex without a condom. Many STIs have no symptoms at all, like HIV. The only way to know for sure is to get tested.

This website uses cookies to improve your experience while you navigate through the website. Out of these cookies, the cookies that are categorized as necessary are stored on your browser as they are essential for the working of basic functionalities of the website. We also use third-party cookies that help us analyze and understand how you use this website. These cookies will be stored in your browser only with your consent. You also have the option to opt-out of these cookies. But opting out of some of these cookies may have an effect on your browsing experience.
Necessary Always Enabled
Necessary cookies are absolutely essential for the website to function properly. This category only includes cookies that ensures basic functionalities and security features of the website. These cookies do not store any personal information.
Non-necessary
Any cookies that may not be particularly necessary for the website to function and is used specifically to collect user personal data via analytics, ads, other embedded contents are termed as non-necessary cookies. It is mandatory to procure user consent prior to running these cookies on your website.
SAVE & ACCEPT